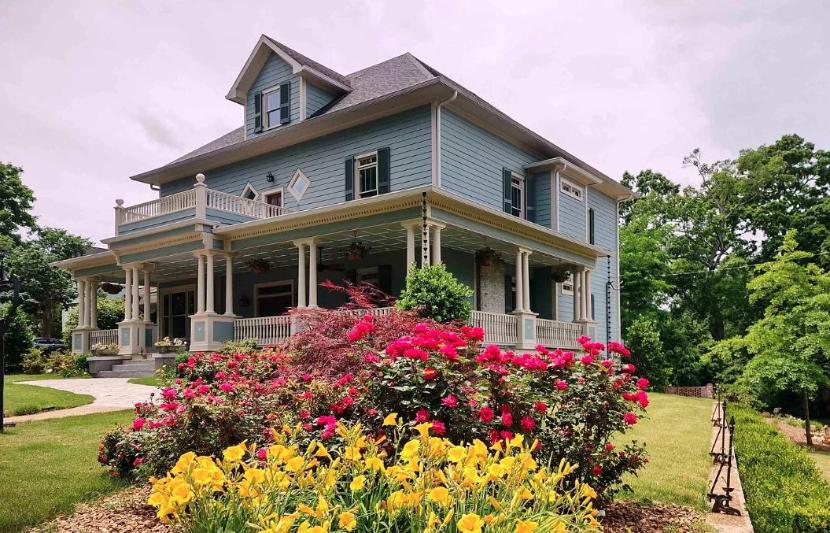 Land purchased in 1850, completed in 1890, devastated in a fire in 2005, now restoration of the Judge Julius Hillyer House at 2 Coral Avenue also known as Oak Haven is complete. Purchased in 2018 by C.S. Paul, LLC. this was not a flip but a 100% restoration with all new mechanicals. Mechanicals to include a 13 ton HVAC system with four zones each with its own 80/20 gas/electric high efficiency units. Gas hook up and meter are both new and sized for expansion. R19 wall insulation and I.G. unit windows. 100% new from street to street plumbing with four 50 gallon hot water heaters working together on a recirculation pump system. Over two miles of all new electrical wiring feed off of two 200 amp panels for 400 total amps to the house. R13 rated fire suppression system alarmed and monitored. Fully pre-wired for commercial fire alarm pulls, exit signs, and fire strobes.

Five massive bedrooms, and four modern full baths and two half baths, top of the line new kitchen with marble floors, granite countertops, and commercial grade appliances like a six burner and two oven gas stove. Multiple living rooms/dens as well as two bonus rooms, formal dining, laundry, and plenty of closet space. The first floor is trimmed in all beautiful red oak with 12 foot ceilings and beautiful chandeliers in three rooms. An 800 square foot front porch wraps the front of the house with a 180 square foot widow's walk above. 2 Coral Avenue is being sold as a single family residence however this house can be considered as a commercial building under a special exception permit to be a bed and breakfast that can be applied for to use. This home was the first bed and breakfast in Rome GA and there are no active bed and breakfasts in Rome at this time.